What are the main components of lithium battery electrolyte?

The liquid lithium battery is mainly composed of four major parts: positive electrode material, negative electrode material, diaphragm, and electrolyte. The electrolyte is mainly responsible for conducting conductive ions between the positive and negative electrodes, which affects the energy density, cycle life, power density, and safety performance of the battery. , wide temperature applications, etc. will play a key role, known as the "blood of the battery". 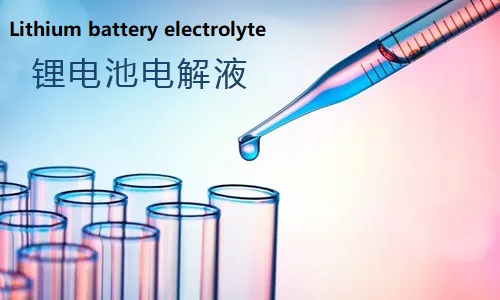 In the application of batteries, the electrolyte needs to meet the performance indicators such as high electrical conductivity, good thermal stability, high chemical stability, wide electrochemical window, wide operating temperature range, and good safety. So, what are the main components of the lithium battery electrolyte?

The main components of the lithium battery electrolyte are raw materials such as solvents, solutes and additives, which are prepared in proportion and under certain conditions. The quality proportions of the three raw materials are 80%-85%, 10%-12%, 3%-5%, and the cost proportions are 25%-30%, 40%-50%, and 10%-30%, respectively.

What is the weight of lithium-ion battery per kWh? October 21, 2019

Which type of battery for smartphone is better: Li-Ion or LiPo ? August 20, 2019

What is the relationship between voltage and capacity of 18650 li-ion battery? September 26, 2019
Latest

What are the precautions for electric bicycle lithium battery charging? November 29, 2022

What is the principle of fast charging of lithium batteries? November 21, 2022

What kind of battery do smartphones use? November 7, 2022